How is Port Made?

Port wine begins life in much the same way as other wines.


Around mid-September, the grapes are picked by hand. Port wine is made from a wide range of traditional grape varieties, most of them native to the Douro Valley. Seldom found elsewhere, these varieties are perfectly suited to the hot, arid conditions of the Douro Valley and are the source of much of Port’s unique and distinctive character. The best known red varieties include the Touriga Francesa, Touriga Nacional, Tinta Roriz, Tinta Barroca, Tinta Amarela and Tinto Cão but in total there are around thirty types of Port grape. Most of these varieties have relatively small thick-skinned berries which produce the dense concentrated must (grape juice) needed to make Port.

Although they may be planted separately, the varieties are normally harvested and fermented together. Each grape variety contributes its own particular character – such as the intense flavours of woodland fruit, delicate floral scents, exotic spicy notes or the wild resiny aromas of gumcistus – to the nose of the wine. The grape varieties work together like instruments in an orchestra to create a subtle, complex and multi-dimensional harmony.

Once they are picked, the grapes are taken to the winery. On the Taylor Fladgate estates they are carried in small trays to ensure that they are kept in perfect condition. On arrival in the winery they are evaluated by the wine maker and inspected on a sorting table before being de-stemmed. In the traditional process, still used to make the wines from Taylor Fladgate's own estates, the grapes are then placed in wide, thigh-deep granite treading tanks known as lagares. Here they are trodden by foot.

The first stage of treading is called the corte, or ‘cut’, and involves crushing the grapes, which at this stage are still relatively solid, to release the juice and pulp from their skins. During this initial stage the treaders link up in a tight line and advance very slowly shoulder to shoulder across the lagar treading methodically and in unison to ensure that the grapes are thoroughly crushed. When the corte has been completed, the second stage begins. This is called the liberdade or ‘liberty’. The treaders now work individually, moving freely around the lagar ensuring that the grape skins are kept submerged under the surface of the wine. After a few hours the fermentation begins and the heat and alcohol it produces begins to release the colour, tannins and aromas from the skins allowing them to be diluted in the fermenting wine. The treading is sometimes supplemented by the use of long wooden plungers called macacos used to punch the skins down under the surface of the wine.

This phase of the process is vital to the making of quality Port. Research by Taylor Fladgate's wine making team shows that, although expensive and laborious, treading is still the best way of achieving gentle but complete extraction, producing wines with structure, depth of flavour and balance. Similar results have, however, been achieved by mechanical extraction systems, particularly by the innovative fermentation tanks developed by Taylor Fladgate and installed at the company’s winery at Quinta da Nogueira.

When about half of the natural sugar of the grape juice has been turned into alcohol by the fermentation, the wine maker gives the signal for the fortification process to start. The treading stops and the skins are allowed to rise to the surface of the lagar where they form a solid layer. The wine fermenting under this cap of skins is then run out of the lagar into a vat. As the fermenting wine pours into the vat, a very clean young wine brandy is added to it. This colourless neutral spirit, at strength of 77% alcohol, is usually added in a ratio of about 115 litres of brandy to 435 litres of fermenting wine although this proportion can vary.

The addition of the spirit raises the strength of the wine to a level where the yeasts responsible for fermentation can no longer survive. The fermentation stops before all the sugar in the juice has been turned into alcohol and some of the natural sweetness of the grape is thus preserved in the finished wine.

Taylor Fladgate pays close attention to the quality of the brandy that it uses and its wine making team works very closely with the specialised distillers who supply it to ensure that the spirit is of the highest standard. The quality of the brandy is very important. As the wine ages, the spirit and the wine will combine in a magical synergy which will contribute to the subtle complexity of the mature Port.

After the harvest the wine remains at the winery in the Douro Valley where it is left to settle until the spring of the following year before being taken to the firm’s lodges at Vila Nova de Gaia near the Atlantic coast to be matured, blended and bottled. In the case of Taylor’s some wines may be taken to the firm’s new ageing warehouses at Quinta da Nogueira in the Douro. In former times the Port wine would travel down the river Douro to the coast in special wine boats called barcos rabelos but nowadays it travels overland by road.

Before it is taken to the ageing lodges, each wine is evaluated and a decision taken as to the style of Port for which it will be used. It will then be placed in casks or vats, as appropriate, to begin the ageing process. Port, being fortified and a wine of remarkable ageing potential and longevity, can remain in wood for much longer than most other wines. This means that it can be aged in different ways and for different periods to produce a wide range of different styles. This diversity of different styles is one of the most fascinating aspects of Port, making it one of the most diverse and adaptable of all wines. 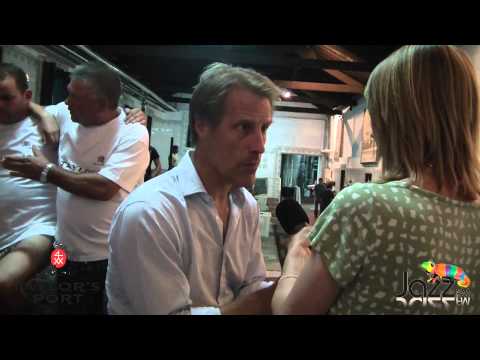 How to make Port WineFoot Treading 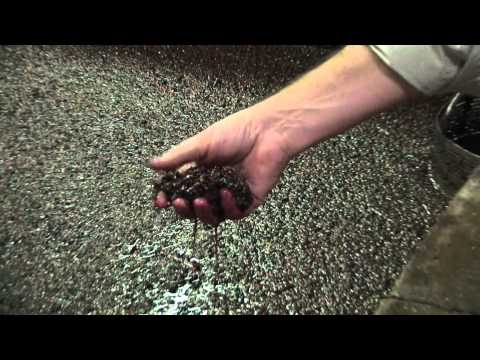 How to make Port WineFermentation & Fortification